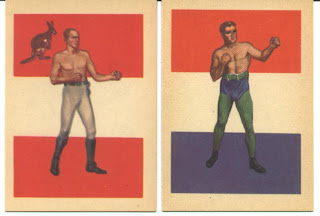 [In the early 1970s, Don and Lynda Ault interviewed artist Paul Murry. That interview is currently begin transcribed and edited for a future edition of Walt's People. Paul Murry is probably best known for his work on Disney related comic strips like "Uncle Remus" and comic books where he supplied the artwork for many of the Mickey Mouse serials in the back of Walt Disney's Comics and Stories. However, Murry got his start at the Disney Studio as an inbetweener and later as an assistant animator to the legendary Fred Moore before becoming a full animator on such classics as "Dumbo".

To whet your interest, here is a brief quote from that interview where Murry talked about the fact that he and Moore would often leave early in the day from the Disney Studios in Burbank and go to a nearby bar to spend the rest of the afternoon.

"That’s what Fred Moore might do in the old days. Big cockney ass of his and he would walk out of the studio, over to the bar, sit there and drink whisky, and talk to old James Jeffries, the boxer who used to be heavyweight champion. They used to hang out together. He was a big star. Haven’t you heard of Jeffries Barn? Used to be down here in the valley. He came out of retirement and fought Jack Johnson. He got beat. Got the devil beat out of him. But you probably don’t know him."

Hard to believe that Moore not only knew Jeffries but was his drinking friend. Jeffries was the Heavyweight Boxing Champion of the world and retired undefeated in 1905. He was coaxed out of retirement to fight Africian American boxing champion Jack Johnson in 1910 in a bout in Reno, Nevada. (The life of Jack Johnson inspired the play "The Great White Hope".) Jeffries was obviously out of shape and his corner threw in the towel in the 15th round. In later years, Jeffries trained boxers and worked as a fight promoter. He promoted many fights out of a structure known as "Jeffries Barn" which was located on his alfalfa ranch at the southwest corner of Victory Boulvevard and Buena Vista in Burbank, California near the Disney Studios. Jeffries Barn is now part of Knott's Berry Farm, a Southern California amusement park.]

Wow. Amazing. Mott's Miniatures, an exhibit of tiny displays was in there at Knott's for years. I think the barn is gone now.