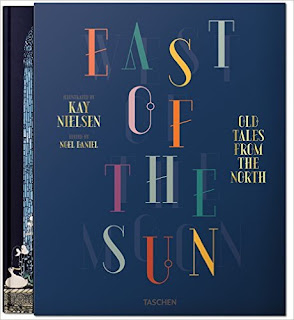 This is only peripherally related to Disney but I felt I needed to mention here this new version of Kay Nielsen's East of the Sun and West of the Moon, which has just been released by publisher Taschen and which made my day when I received it last week. Not Disney, but a "must-have" for Nielsen enthusiasts.

Of course, Nielsen will also be feature in They Drew As They Pleased - The Hidden Art of Disney's Musical Years which will be released in September 2016.