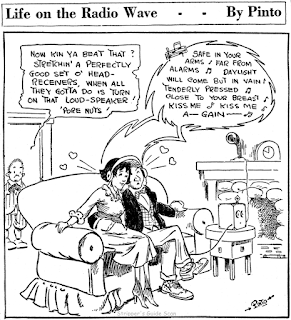 Jim Korkis writes:  [One of the few things not covered in Pinto Colvig's amazing book are samples from Colvig's comic panel for United Features Syndicate that ran in the San Francisco Chronicle in 1922, Life on the Radio Wave. It ran for three to four times per week from March 26 to August 26.   While we think of radio as a form of entertainment, in these early days, people were building homemade radios to be used as a cheap telephone substitute as well.   Maybe Todd's book will increase interest in Colvig and some clever person will gather all those now public domain comic panels for a book. They should also look for the cartooning Pinto did earlier for the San Francisco Bulletin.] 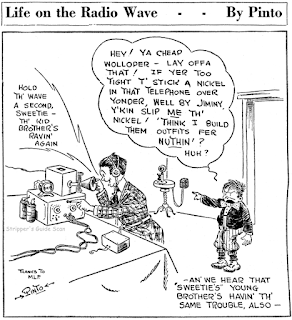