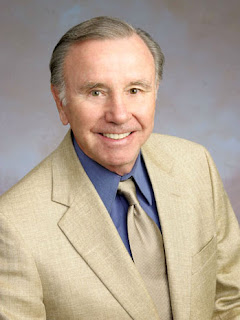 This just in from Werner Weiss through Jim Korkis:

Here's what I wrote 17 months ago at http://www.yesterland.com/wrather.html

I’m also glad to see Ray Watson honored. My respect for Watson comes from things he did as the head of the Irvine Company, especially how Upper Newport Bay became a protected wildlife refuge under his leadership. But Watson played a very important role at Disney as Chairman at a critical time when the company was in danger of being broken up before the arrival of Eisner and Wells. He served on Disney’s Board of Directors for over 30 years. Watson will turn 85 this year.]