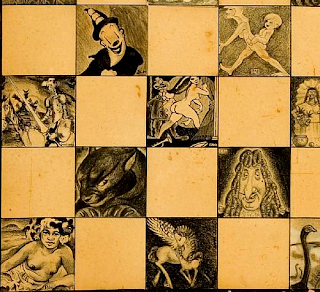 [This illustrated chessboard that was sold at an auction some days ago.

It was sold at Bonham's - here's the description:

On the reverse is typed In 1940, while working in the story department of the Walt Disney Studio, Campbell Grant wheedled sundry fellow inmates into doing a picture chess board. The lower right picture of a weather vane by Phil Dyke is the key to the other names.18 x 18 in
Sold for US$375 inclusive of Buyer's Premium] 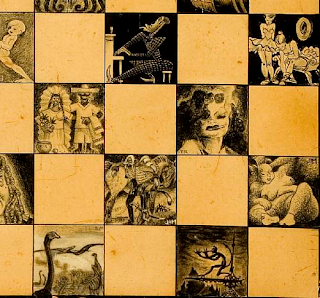 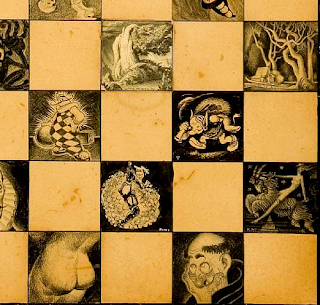 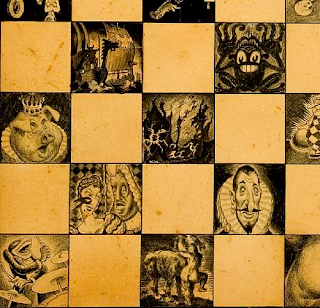 What a great item, it's both history and art. Is that an early Captain Hook in one of the squares?