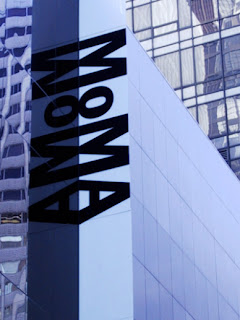 Here is an interesting excerpt from BoxOffice Magazine, thanks to Jim Korkis:

Disney Museum Trustee
New York—Walt Disney has been named a trustee of the Museum of Modern Art. Other new trustees appointed are William A. M. Burden, Henry Allen Moe and Mrs. George Henry Warren jr.
Disney was one of the first sponsors of the museum and one of the first to donate his films to its collections.]