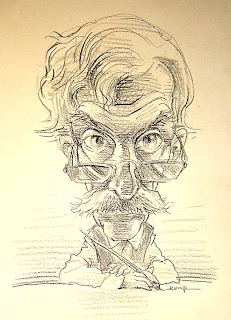 Walt's People - Volume 11 will contain an interview by Gord Wilson with Disney artist Jacques Rupp, who - among other things - worked with Ward Kimball on the space shows.

Before joining Disney and after leaving the Studio Jacques also had a fascinating career. Gord was kind enough to send me those three documents related to him.

[The caricature at the top was attached to a letter from the state governor when, in 1976, he won the Washington State Press Award. The sketch is signed Kemp, who I think was a colleague at the Seattle Times at the time. His first name is, I think, Jack.] 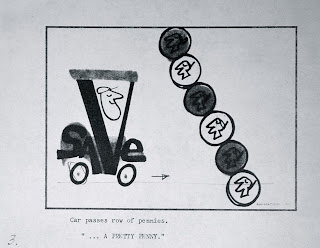 [This document is a shred of a storyboard at Animation Inc.] 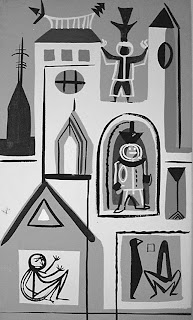 [And finally an interesting modern painting on wood, perhaps a sketch for a work in progress.]