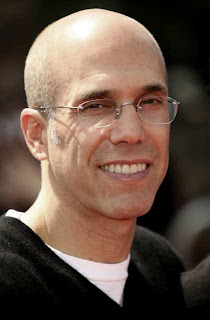 [In June 1992 at a press preview for Disney's latest animated feature, "Aladdin", Disney Chairman Jeffrey Katzenberg announced several animated feature projects in development besides "King of the Jungle" which was due out the next year. (It became "The Lion King".) Those projects included: Homer's "Odyssey", Sindbad the Sailor, Pocahontas, Swan Lake (which Katzenberg described as "an original story dealing with the mythology of dragons"), "Song of the Sea" (about whales) and a "more lighthearted project called 'Silly Hillbillies On Mars'" These were all in addition to work on "Fantasia Continues" due on June 1995. The "Silly Hillbillies on Mars" project came about when a Disney artist mis-read the title "The Martins and the Coys" about the famous hillbilly feud that was made into a Disney short. The artist thought it say "The MARTIANS and the Coys". Apparently, when Katzenberg left the Disney Company for Dreamworks, the majority of those projects ceased to exist.]

Apparently, when Katzenberg left the Disney Company for Dreamworks, the majority of those projects ceased to exist.

What, no "Silly Hillbillies on Mars" in the Disney pipeline?! Seriously though, it disturbs me how some of these film projects do come about based on such flimsy concepts. On a similar note, John Kricfalusi has a great anecdote on his blog right now describing his creative meeting with the Dreamworks brass.