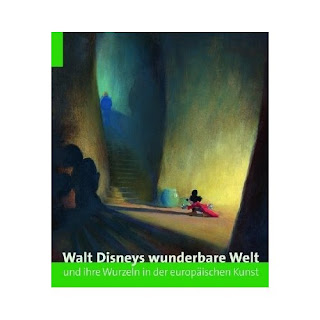 About two years ago I reviewed the Disney exhibit that took place in Paris at the Grand Palais and then moved to Canada. This exhibit travelled to Munich last year, although quite a few paintings and documents were replaced before the move happened.

I had the pleasure of receiving last week the German catalog and to say that it is a stunning book is an understament. The French and English catalogs that were released for the French and Canadian exhibits were beautiful. This German one is even better, as it contains a lot more photographs and is quite simply more exhaustive than its counterparts.

Fantastic! Thanks for the heads up Didier, when it comes to Animation books, and Disney ones in particular, there's nobody who's word I trust more than yours. Placed an order through Amazon's US site, and for a great price too!

Very much looking forward to seeing this new version!