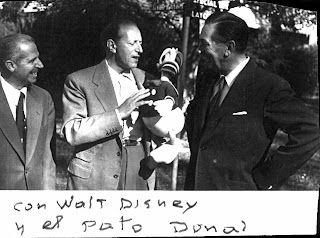 Apparently at some point in the '40s Moreno was offered by Walt and Roy to work for the Studio but they could not reach an agreement. From the two photos that Jorge sent me, we can deduce that the relationship between Walt and Moreno remained a good one as they clearly met again in the '60s. Both photos show Clarence Nash (left), Wences Moreno (center) and Walt.

We would love to get additional information about the relationship between Walt and Wences Moreno if any reader of the blog has some. 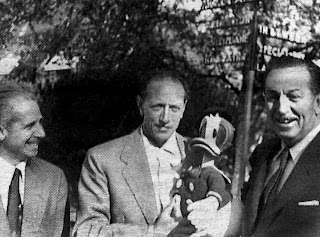