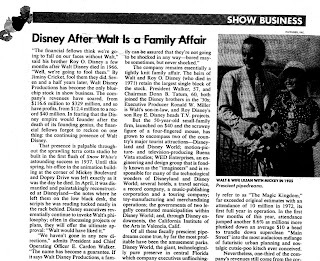 This just in from Sébastien Durand:

[I recently found this Time article, dated July 30, 1973. I found it interesting as it covers this relatively uncharted territory between Walt's death and the 1984 battle that resulted in the arrival of Eisner/Wells to the Company. It deals with the "what woud Walt have done?" syndrome. Also it contains an essay by Richard Schickel with interesting thoughts on the changes that resulted from the transformation of Walt into Uncle Walt. I thought you might want to share it with your readers.] 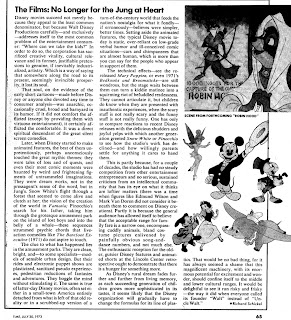