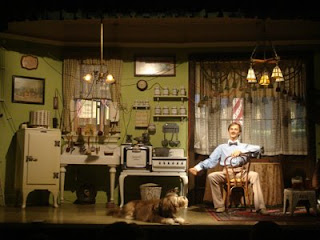 I have just received the transcript of an interview I conducted recently with Carl Bongirno, former head of WED / WDI and that I will release in a future volume of Walt's People. That interview contains quite a few nuggets, but here is the story I consider as the best about Walt, money and creative people. Enjoy.
[Carl Bongirno: I had moved to Imagineering in February of 1965. I actually joined the company in November of 1963. So we were working on bringing these shows to life in Disneyland. Many of them were in Circle Vision.
Walt had asked at one point how we were doing cost wise. I estimated the cost for that Circle Vision show. He had already surmised that based on the plans that were being developed at Disneyland that it was going to be over what we had budgeted for that project. So he wanted a presentation on it. When he showed up I gave him a 10 or 15-minute presentation with the cost to date, estimate cost to complete compared to the budget. We were over as I recall from $200,000 to $300,000. He pounded his fist on the table. He said, "You God damn finance guys. You don't know how to control costs around here." He stood up and he said, "You follow me and I will show you how to control costs." I thought, "Oh, my God he is going to go downstairs and raise holy hell with all the creative guys and then I'm going to have a problem dealing with them in the future." I was trying to establish a relationship with them so that they would have confidence in me and that they would work with me. I was trying to control costs and trying to be sure that we completed the projects on time.
So we went downstairs and the large group of creative people was around a large conference table in one of our main conference rooms. They were all around the table and he usually sat against the wall along with his other non-creative guys who watched the proceedings. They went through project after project laying out the plans and certain creative people stood up and using the storyboards in talking to Walt about what the particular projects would be the makeup of the project and the storyline. Walt got up on a couple occasions using voices of characters and pointing to the storyboards, correcting and suggesting changes. After a couple hours, maybe three hours, he starts to stand up and he puts his sweater back on and he starts to walk to the door. I think, "He forgot about the Circle Vision and the cost problem." He got about half way to the door and he turns around and he say, "Oh, by the way we haven't reviewed that Circle Vision project for quite a while. Why don't we take a look at that real quickly?" He said, "Do you have the plans handy?" We always had the plans handy. So I rolled them out on the table and he said, "Boy you guys have just done a wonderful job here." He said, "Marc, you know this post show area? You know it is just getting too big. When people come out of that theater they are going to be lost in here. If you are going to have an intimate environment we need to bring it down. We need to make it more inviting instead of this big open area. He said, "Let's confine that." And he gave some dimensions. Move this wall in and move this wall in. He said, "You know that Audio- Animatronics figure at the post show? That is so good. That is so wonderful. We don't want to use it here. Let's save that for some other project. It is just too good for this project. I want to use it in some other project where we really need a great show because that what it is." Then he did one or two other things and he turned to Mel and he and myself said, "You finance guys, I don't care how much more this is going to cost. We are going to make these changes because they are the right thing to do." And he walked out of the room. I knew exactly what he had done. He had eliminated $300,000 from the project.]
Posted by Didier Ghez at 7:17 AM

Looking forward to the book.

Where are we going to hear these stories if not from you, Didier. Looking forward to WP vol.7

Walt was subtle and assertive at the same time, great story!