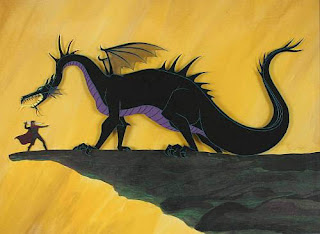 This just in from Disney Editions:
[Disney's Neglected Prince
No zeros, all heroes—it’s the boys’ turn to shine!
From the Prince who is Charming, to the Prince who began as a “diamond in the rough,” to the Lord of the Jungle, and to the many princes whose kiss led to a happily ever after, the Disney princes are often neglected in favor of their female counterparts.

Disney's Neglected Prince is a hard cover “Art of” book that focuses on the guys, whether they rule from a castle, a forest, or a mountaintop, or just marry well. The roster includes royal favorites such as Princes Phillip, Eric, and the Beast; royalty from other realms including Hercules, John Smith and Li Shang; and the latest to ascend to the throne—Prince Edward from the upcoming Disney feature Enchanted and the Prince from The Princess and the Frog. Rare and rarely seen visual development art from The Walt Disney Feature Animation Studio will give Disney fans an opportunity to enjoy these hand-drawn hunks in a whole new way.

Disney's Neglected Prince is 9 x 11 in size, 128 pages, available in April 2009.
Tinker Bell - An Evolution
She began as a flash of light in the mind of playwright J.M. Barrie, with a voice the sound of tinkling bells. And with a sprinkle of her pixie-dust, flight is possible! Yet, as magical as this little fairy is, she presented one of the more defining challenges to Disney’s remarkable animators.
Said Walt, “We could make the little sprite glow like a firefly as she darts through space and have her speak with the sound of bell.” During her development for the film and then beyond, she has transformed from a tiny fairy ballet dancer – florally bedecked and aloof as a cherubim – to a high-tempered and ultra-feminine little vixen.
Over the past fifty years, Tinker Bell has evolved into a beloved icon embraced by millions of fans for her coy flirtations, her pixie antics, and her potent doses of Disney magic, whether it’s on screen, in books, or setting off the fireworks in the Disney parks.
This book explores her origins and years of development from a sweet little spark of light with a Dresden doll’s delicacy to a pom-pom-shoe-wearing, mischievous blonde top-knotted fairy.
Tinker Bell - An Evolution is 9 x 11 in size, 128 pages, available in May 2009.]
Posted by Didier Ghez at 1:49 AM

Both of them sound great!

I hope they really add to the literature on both subjects.