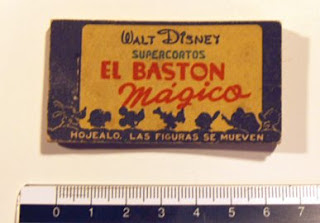 This week has been particularly rich in terms of breakthroughs, from all Disney history angles:

- I seem to have located an unknown series of interviews with Bill Tytla, in Quebec. It will still take time and efforts to get copies of them but I was thrilled by that re-discovery of tapes that had been forgotten for 41 years.

- I have mostly cracked the "Lars Plush Dolls" nut thanks to collector Mel Birnkrant.

- I received an outstanding article about the English Mickey Mouse Annual series, from David Gerstein that contains some outstanding material about artist Wilfred Haughton. That article will appear as a three-part series in the magazine Tomart's Disneyana Update.

There are a few more nuts to crack, though (it would not be fun otherwise): the Demolay comics are one, Ediciones Modernas from Mexico another. I made some progress on that last front this week also, when I received the Pluto flip book that you see pictured below and some photos of the Mickey one. 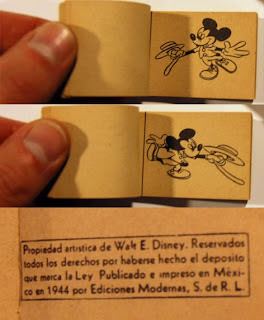 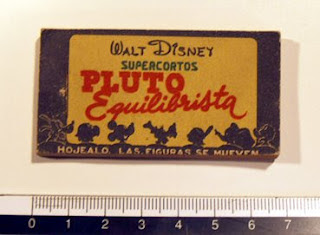 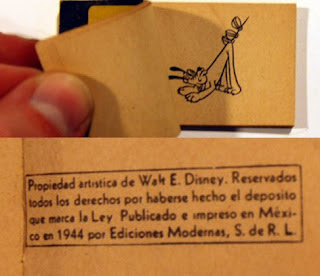