This just in from George, one of the readers of the blog:

[Since you post such wonderful pictures of The Park, I thought I'd share some that I found at a local flea market a few years ago (I also sent them to "Stuff From The Park", I want everyone to see these shots). I collect Disneyland postcards, so I'm always on the lookout for any sort of photographic memorabilia of Disneyland, but these photos are really something else.

They were apparently taken by the very influential photographer and filmmaker Hazel Greenwald from Jerusalem. Hazel was responsible for creating the "Hadassah Archive", a photographic and film arts archive in Jerusalem used for educational and preservation purposes.

It appears she snapped these photos in the early years of The Park, pre 1960. She is documented as having been in the States during the late '50s. How she managed to photograph scenes in the park this empty is anybody's guess. Perhaps she was let in early, or just went on a very slow weekday?

I love these images so much, especially the Disneyland Band in front of the Tinker Bell Toy Shop. They're very artistically shot, and have a lot of depth. They're all 4x5.5 Inches, they're all stamped on the back "Copyright by Hazel Greenwald c/o Hadassah, Jerusalem", and they're also stamped with a series number "A77", except for the DL Band photo it's number is "A34". I bought all 5 photos, and duplicates, for $1! 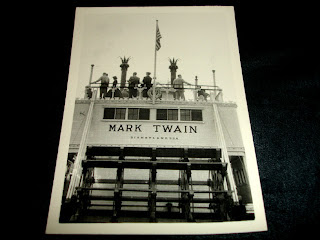 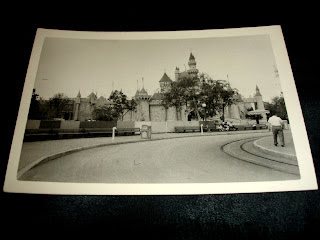 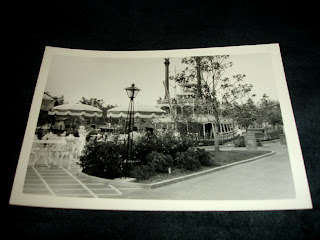 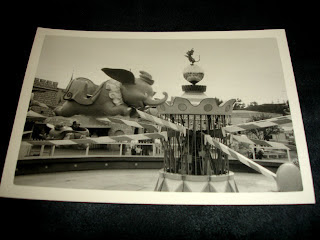 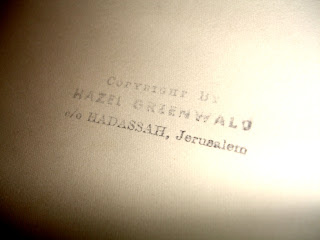