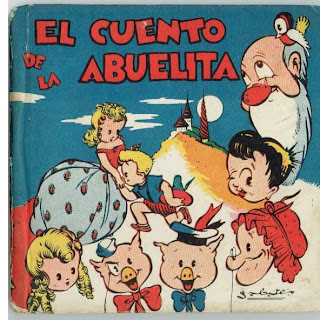 The weather was wonderful in Madrid this weekend - almost summer-like - and we had a chance to walk around the Parque del Retiro on Sunday. Close by was a nice bookfair where I picked up this weird little book.

Published in 1943 by Editorial Molino, it proves that piracy was not born with the digital age. Disney's Three Little Pigs are used without credit and license in a story that features dozens of non-Disney characters.

Ironically Editorial Molino's artists were quite familiar with Disney characters and Disney copyrights though. Before the Spanish civil war they had been one of Disney's official licensees in the country (see my article about them in Tomart's Disneyana Update for more information on the subject). 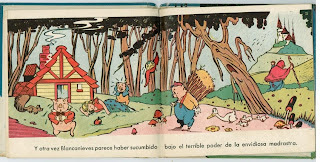 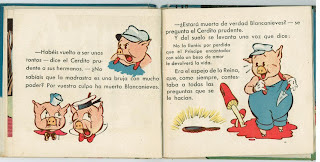