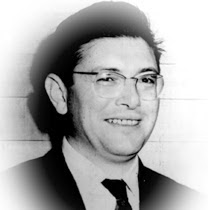 Disney Legend Armand Bigle, often refered to as "Disney's Godfather of Europe" passed away in Paris on August 25. He was 89 years old.

Born in Paris on November 13, 1917, Armand worked during World War II as a correspondent for Opera Mundi, a news agency serving Western European press, before founding his own company and serving as representative for Walt Disney Productions in Benelux and Switzerland. After launching Mickey Magazine, which proved an immediate success, Armand joined Disney in 1949, when Company co-founder Roy O. Disney tapped him to relocate to Paris to serve as the Company's premier European sales representative. In that position, he was charged with the awesome task of opening new territories and recruiting licensees to develop Disney merchandise and publications in countries such as Russia, Switzerland, Italy, Germany, Spain, Portugal, Yugoslavia, Greece, Israel, Indonesia, Beneluz and the Middle East.

As Roy's son, Roy E. Disney later recalled, "At the time, we had no significant merchandising business in Europe. Once Armand accepted the position, however, the business grew rather wildly."

After more than four decades of service to the Company, Armand retired in 1991, having overseen the creation of Disney toys and publications that helped bring the Disney name to households throughout the continent.

Armand is survived by his wife, Henriette and three sons, Gerald, Dominque and Alexandre.]