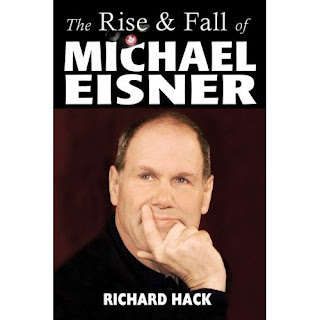 I picked up yesterday in Paris two books by Sébastien Roffat who is clearly on his way to becoming one of the leading historians of animation outside of the US with his book Animation et Propagande and his upcoming book about French animation during WWII. I have just browsed through his book about the history of Disneyland Paris and it looks as if Roffat really did his homework!

All this being said, when I read the bibliography of the Disney et la France book, I stumbled on a book called The Rise and Fall of Michael Eisner by Richard Hack. Would anyone of you know if that book has been released or when it will be released?