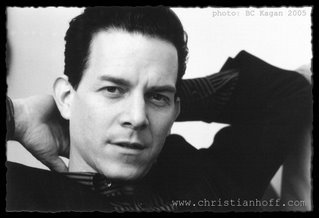 This just in from Wade Sampson:

[Several people have pointed out that in my recent column, I neglected to mention that British actor Roger Allam played a rather unpleasant version of Walt Disney in the 1999 film RKO 281: The Battle Over Citizen Kane.

However, it was Jeff Kurtti who pointed out that Christian Hoff, who won the 2006 Tony Award for Best Actor in a Featured Role for the original Broadway production of Jersey Boys played Walt as a boy in the 1981 TV Special One Man's Dream. You might want to share this information on your site.]
Posted by Didier Ghez at 2:20 AM