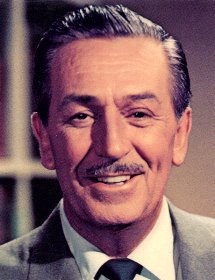 Can you believe that, aside from Walt Disney - The Triumph of the American Imagination and Animated Man - A Life of Walt Disney there is one more biography of Walt in the works these days, this one by Tom Tumbush, editor and publisher of Tomart's Disneyana Update?

Here is the information that was released on the subject in the lastest issue of TDU:

"This book focuses on how he did it and the key people who helped him. It is a compilation of facts learned through friendships with people who worked directly with Walt Disney while he was alive, plus interviews with others close to Walt. The public record and many other books written about Walt's life also support the work. Walt Disney has been described as complex, difficult to work with, and a workaholic. This book shows how simple his methods were and how he got so many people to want the same things he did."