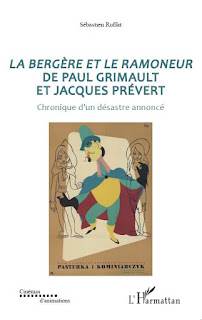 This may not be a book about Disney, but according to its author, Sebastien Roffat, it does contain some extremely interesting Disney sections:

[In 1948 there were discussions with Jack Cutting : the French studio Les Gémeaux ask if the Walt Disney studios can help the production of the film. Bob Leffingwell and John Harburg come in Paris and give some advices to the French team. There are many letters between the Disney Studios and the les Gémeaux studios and between Wally Feignoux director of Disney France.]

Cool. In Paris I bought some books on animation from L'Harmattan and they are very interesting. This seems to be another good book.