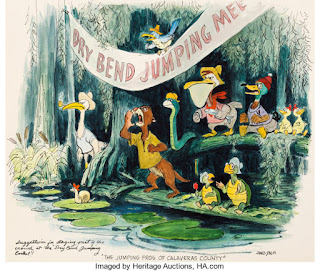 My good friend David Peake just emailed me to attract my attention on three books that have just been announced on the Hachette Books site and that will be released by Disney Editions next year:

1. It looks as if Becky Cline's wonderful book The Walt Disney Studio - A Lot to Remember will finally be "re-released".

[The Animator Letters Project is a book for aspiring animators that dream of working at a major studio but don't know how to get there. The nearly one hundred handwritten letters by some of the most creative animators and directors in the animation industry tell their own unique story, along with words of wisdom for the next generation of artists. In an age of technology, where texts, tweets, blogs, chats and emails are the norm, this book's handwritten element offers a personal connection to those in the industry. Get ready to be inspired by the likes of Pete Docter, Don Hahn, Byron Howard, Gary Trousdale, Roger Allers, Gary Goldman, Brenda Chapman, John Musker, Ron Clements, and Rob Minkoff, among many others. ]

3. But the most exciting new upcoming book on the list is Marc Davis in His Own Words - Imagineering the Disney Theme Parks by Pete Docter, Chris Merritt. This massive 384-page volume should be THE must have of 2019. The blurb reads:

[On February 16, 1962, senior animator Marc Davis officially transitioned from Walt Disney Feature Animation to a new division of the company: WED Enterprises, the group assembled to design Walt's new theme park. The move would be a significant one. After thirty-plus years animating classic Disney features, Marc would become one of the most renowned of Walt Disney's new breed of employee-Imagineers.
During Marc's time with WED (later Walt Disney Imagineering), he would become a driving force behind the designs of many of the most iconic attractions at the Disney theme parks. Pirates of the Caribbean, The Haunted Mansion, it's a small world, Jungle Cruise, Country Bear Jamboree, and many others feature environments and storylines that were heavily influenced by his conceptual artwork.
Featuring work from the sixties through the eighties, this two-volume set includes more than 1,500 pieces from the Imagineering archives, the vast majority of which have never been published. In addition, for the first time Marc's design theories as well as many of his stories of working with Walt are featured in his own words as recorded during hours upon hours of interviews by author Chris Merritt.
Marc Davis-In His Own Words is a treasure trove for artists, students, and Disney collectors around the world.]