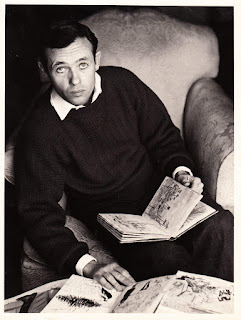 One of the artists featured in the upcoming They Drew As They Pleased - The Hidden Art of Disney's Late Golden Age, is the Ecuadorian Eduardo Sola Franco, who worked at Disney for a few months in 1939 and created hundreds of concept drawings for the Don Quixote project.

For those of you who will be in Paris over the next few weeks, the Bibliotheque Nationale de France just opened an exhibition about Sola Franco's amazing illustrated diaries. I wish I could see this.