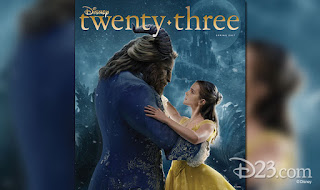 Disney Twenty-Three just announced the content of its next issue. A few fun things in there:

- A celebration of the Main Street Electrical Parade’s 45th anniversary, as it returns to its original home at Disneyland Park
- The wonder and beauty of Disneynature’s newest film, Born in China
- A peek at what’s to come during the 25th anniversary of Disneyland Paris
- Eleven cool experiences you may not have known about at Walt Disney World Resort
- A look inside the newly renovated Walt Disney Animation Studios headquarters