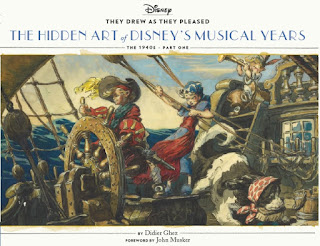 And so, in no particular order, here is the list of the Disney history books which I consider as the "must haves" of 2016:

Ghez, Didier: They Drew As They Pleased - The Hidden Art of Disney's Musical Years published by Chronicle Books; 2016.

Penfield, Bob: The Last Original Disneylander: Stories & Secrets from the Last to Retire of the First to Be Hired published by Bonaventure Press; 2016.

Levy, Lawrence: To Pixar and Beyond: My Unlikely Journey with Steve Jobs to Make Entertainment History published by Houghton Mifflin Harcourt; 2016.