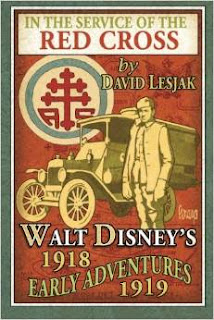 Just released by Theme Park Press. This is a book I have been waiting for for a looooong time.

As mentioned a while back, this book is fascinating. It covers Walt's time as a Red Cross volunteer in the same amount of details as Tim Susanin's book (Walt Before Mickey) had done with Walt's early professional years. For many this is a book that is almost too detailed. Not for Disney history geeks, of course. A "must have" from my standpoint and the never-seen-before photos it contains are priceless.