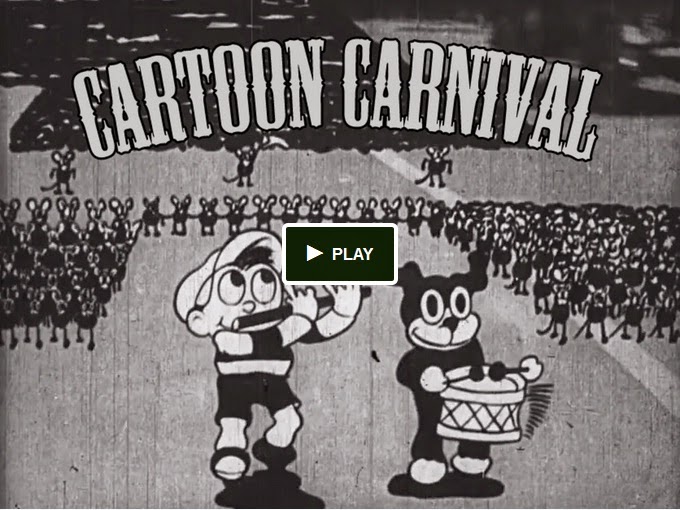 This just in from my good friend David Gerstein:

I hope this letter finds you well. I've lately been working extensively with my local New York friend Tom Stathes, an animation scholar I know I've discussed with you before. He's a younger, twentysomething guy with an extremely impressive collection of silent cartoons on 16mm and 35mm - and here are a few of his websites -
http://www.tommyjose.com
http://brayanimation.weebly.com/

Right now Tom and I are busy helping a British film scholar, Andrew Smith, with a potential documentary on silent animation, in which Tom's library would play an integral part. It's a Kickstarter project that hasn't built up quite the head of steam that we hoped:
http://tinyurl.com/cartooncarnival

We're only two days away from the end of this campaign, but about $2000 down on the goal. If you could circulate the http://tinyurl.com/cartooncarnival address as far as it could possibly go - and hopefully get some healthy support from people outside my own New York scene, I'd be really thrilled.
Note that this isn't a Disney-related project... but any fans or scholars of early Disney films should look forward to what we hope to do here!

Thanks for understanding,
David]

Interesting blog and really liked by the cartoon lovers. thanks and keep sharing the info like this...