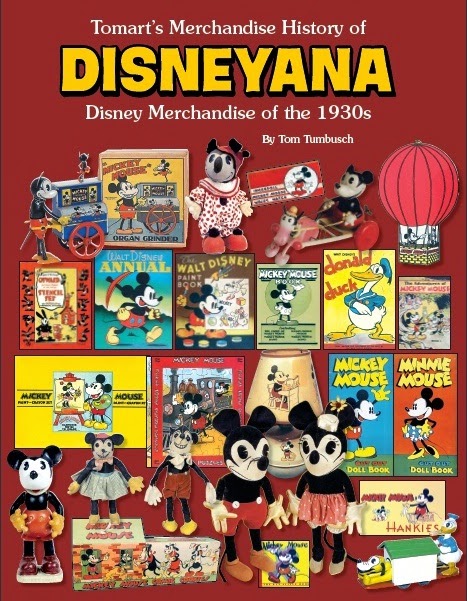 I can't wait to pick up this book, which will be released by Tomart Publications in a few weeks. According to Tom Tumbush it will contain tons of new information about the history of Disney merchandizing in the '30s.

In addition I just learned that unbeknownst to me issues 77, 78 and 79 of the magazine Tomart's Disneyana Update have been released over the past few months. I just gor my copies and they are as good as always, especially issue 77 which contains a profile of Kay Kamen's artist Lou Lispi.