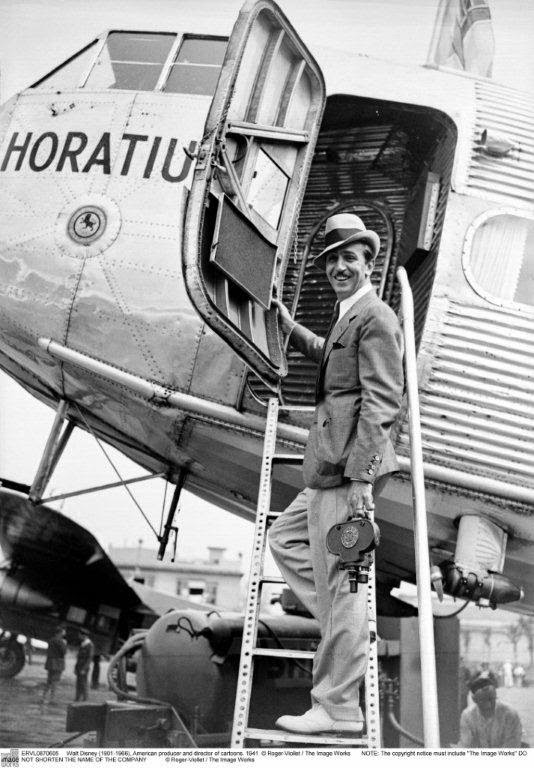 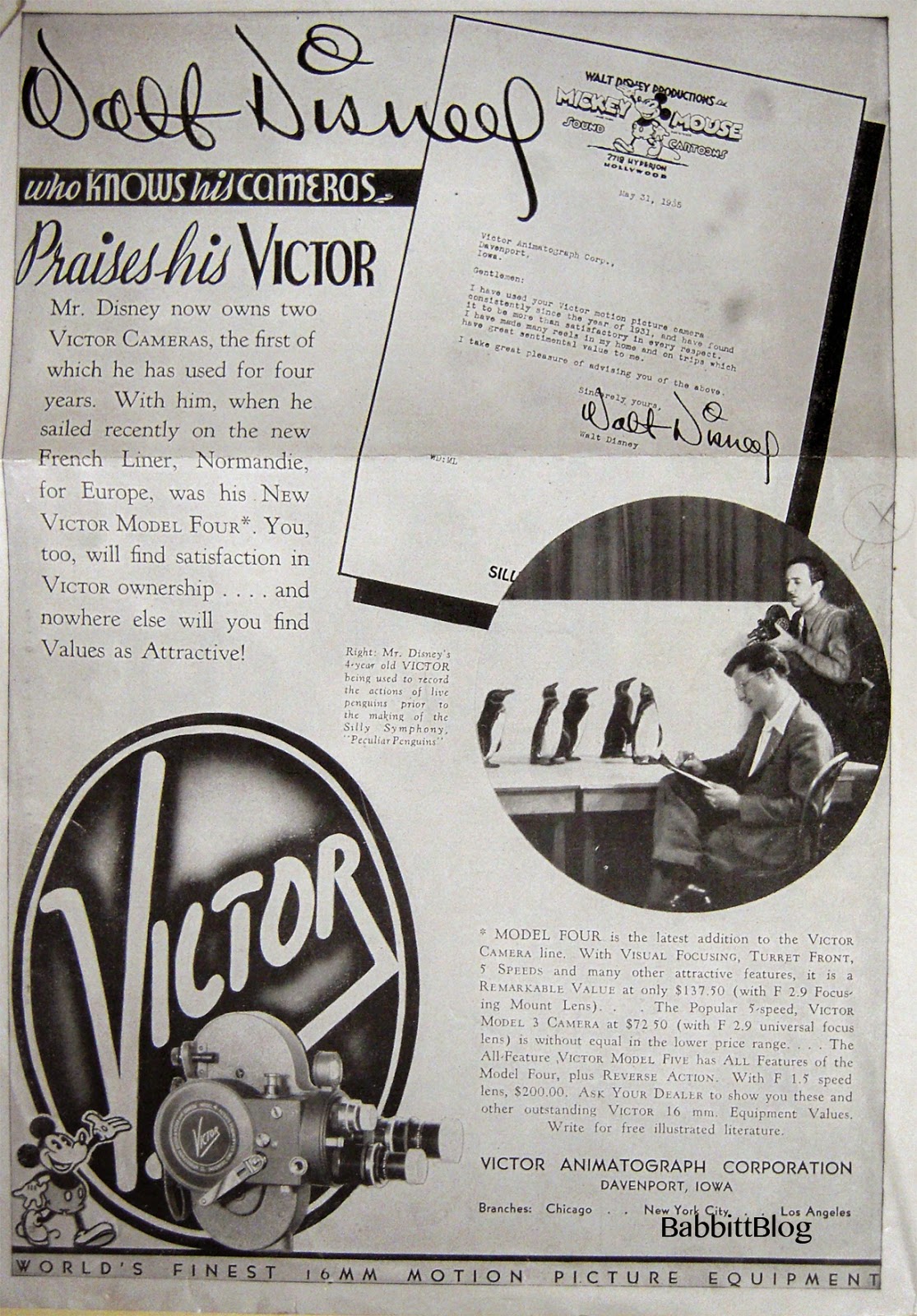 This just in from garry Apgar:

[Might Walt be referring here to the camera he took with him on his Grand Tour of Europe in 1935?

"A few months ago I took a trip, combining business and pleasure, to the east, through the canal, Cuba, Florida, etc.  Before starting, my first thought was for a 16 mm. camera.  The result was the Victor, not alone for its convenient portability, but for the many technical features that my newsreel experience had taught me to value.  With it I managed to bring back many hundred feet of interesting films of my vacation.  And from it I learned that, once you’ve made a start in cinematography, you can’t stop—you’re a cinematographer for life."

Actually, the Victor model that Walt was refering to in this 1932 article was an older one than the one (model Four) that he took with him on the 1935 according to this ad.

Disney's endorsement of the Victor motion camera first posted on BabbittBlog in 2013, and re-posted here by Didier, was part of a full-page ad in "American Cinematographer," July 1935, p. 315 (see link #1 below). The original letter may be lost. It does not show up online on the list of correspondence for the Victor Animatograph Corporation Papers preserved at the University of Iowa (link #2 below) although among the company papers is an obituary in the form of a press release prepared after Walt died 1966.

Rather interestingly, however, is a story in the "Quad Cities Times," March 4, 2011, by the veteran journalist Bill Wundram, entitled “What if Walt Had Given Up?” (link #3). Wundram said he was flown out to California back in the 1960s on board Walt's "personal plane, the Mary Poppins." Disney met Wundram in his office and told him that he had "once applied for a job in Davenport with Victor Animatograph Co., a pioneer in 16 millimeter films. . . . The company needed an artist for film slides. After going over Disney’s artwork for a couple days, company officials told him that his artwork was lousy."

As Wundram recalled, Disney was told by the company, “But you’re such a nice young man . . . we’ll give you a job as a salesman selling movie projectors to schools.” According to Wundram, "Disney was dismal. He was dejected. He thought that he was better than peddling movie projectors. He packed up his artwork and headed for California."

This story has a ring of truth to it (otherwise it's a real whopper). But I've never seen any indication elsewhere that Walt went job-hunting in Iowa before leaving Kansas City.