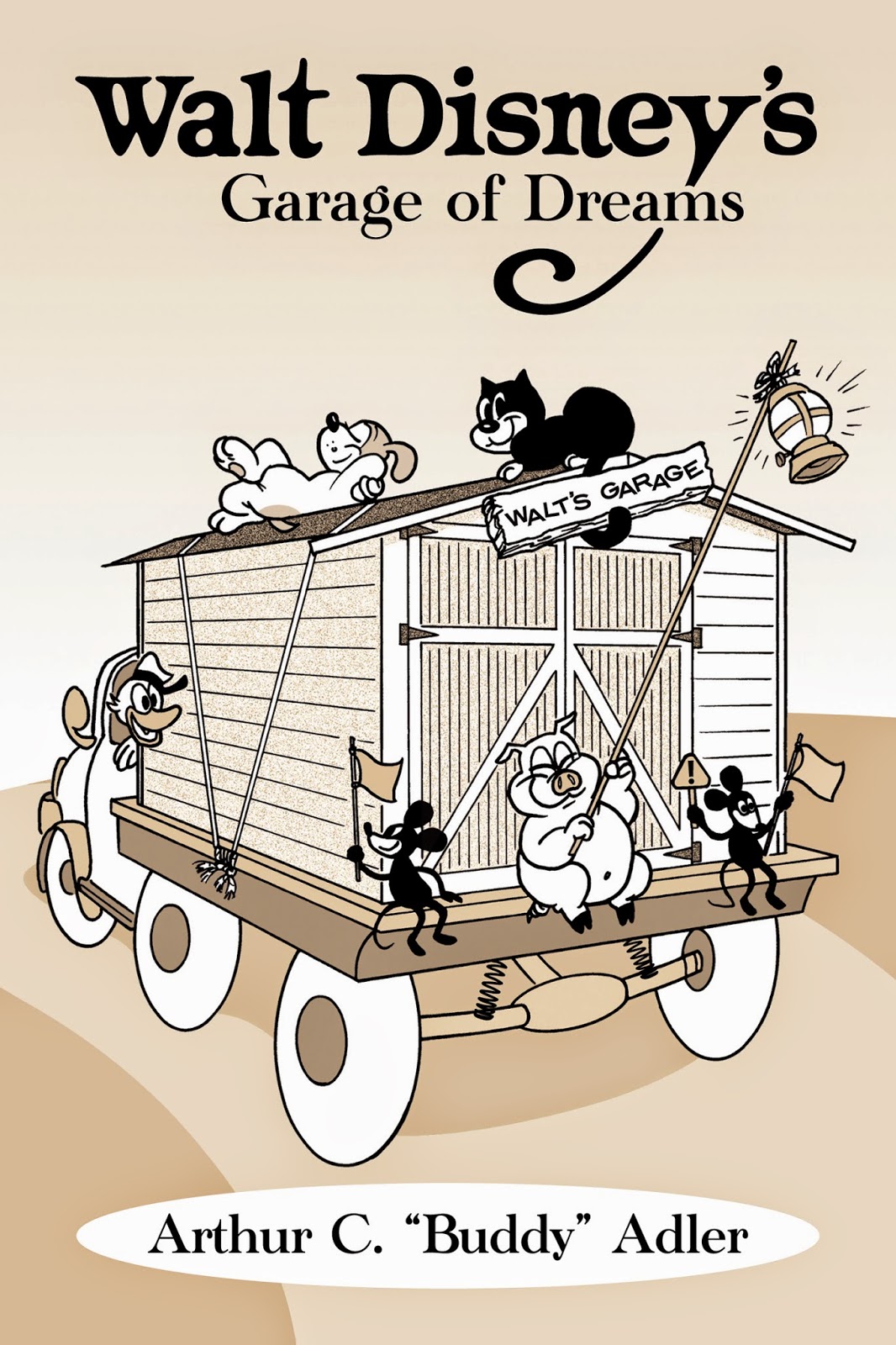 I am back and in great shape. I really needed that break.

No better way to start blogging again than with this upcoming book from Theme Park Press.

This just in from Bob McLain, Theme Park Press's owner:

[The book is written by Art Adler, a former Disney executive who got wind that "Walt's Garage", the building once owned by Walt's uncle and where Walt did some of his earliest animation in California, was coming up for auction. He found out that Disney wasn't interested in bidding for it. Disney had no interest whatsoever in the garage. Art didn't want the garage to fall into the hands of someone who might demolish it or who wouldn't be aware of (or appreciate) its historic value. So he bought it himself, and then spent a considerable amount of time and money attempting to convince local/state/national government to recognize the importance of the structure. Adler was also the person responsible for "Walt Disney Recognition Day" (December 5), which Ronald Reagan signed into law in 1986 (crediting Adler as its proponent). More information here:

The book deals not just with the history of Walt's Garage, Adler's acquisition of same, etc., but also with the inner workings of Disney corporate in the 1970s.]

As we say in French: "The more things change, the more they stay the same..."