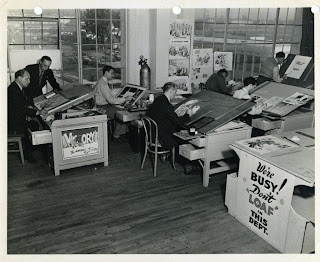 These two great shots just in from Steven Hartley!

[Disney animator Jack Campbell worked at Douglas Aircraft during WW2 as a art designer. There, he designed propaganda posters, and one of his creations was Tokyo Kid, who was a well-known WW2 propaganda character during the war. Here is an example of a poster he designed.

Of course, we may vaguely know his work at Disney, but its great to know what he looks like!