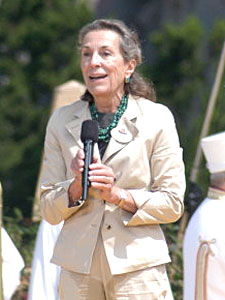 It's Diane Disney Miller's birthday today and I thought a good way to celebrate would be by releasing the text of this March 1934 article from Motion Picture magazine. Enjoy!

WALT DISNEY, the papa of Mickey and Minnie Mouse and the Three Little Pigs, has just become the papa of a little Disney, his first child. With toy shops featuring his creations, and nursery wallpaper and furniture and cushions and blankets and rugs showing the amazing adventures of his little cartoon folk, it seems only fair that Walt, himself, should have a little girl to share in all the joy he has created for the children of the world.

He was attending a dinner at which he was being awarded a medal for distinguished service to childhood when he suddenly grabbed his coat and dashed out—to the hospital where his wife (the former Lillian Bounds of Lewiston, Idaho) had just given birth to Dianne [sic] Marie Disney. The dinner party was aghast. But when they heard the reason for all the hurry, all was forgiven.]