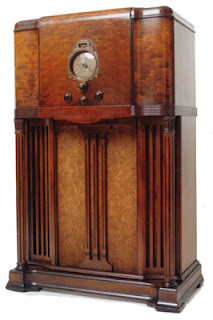 This small note was released in the magazine Film Daily from April 7, 1936

[Interviewing Disney Man Carter Ludlow, Walt Disney representative, who is in New York in search of "animators" for the enlarged Disney studios, will be interviewed by Sam Taylor, radio screen commentator, over WOR at 7:15 tonight.]

This is one interview I really wished had been recorded.