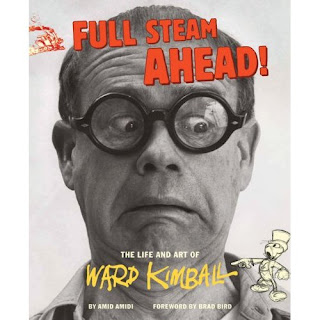 Didier Ghez: How did you get the idea to write this book?

Amid Amidi: The seed was planted when I interviewed Ward in 2000 about his colleague Tom Oreb. After the interview, we walked out to Ward's storage shed to find a painting he'd made of Oreb. His storage was dusty, but meticulously organized with dozens of neatly labeled boxes. I was excited when Ward said he wanted to show me some work besides that painting. He pulled out a large flat box that contained figure drawings from the 1940s. The drawings were beautiful and had a real sense of caricature to them. When I looked at those drawings in front of me and all the surrounding boxes, it struck me that there's a lot more to Ward than I knew. There's that famous quote where Walt Disney said, “Ward’s the one man who works for me I call a genius.” I wanted to understand what Walt truly meant when he singled out Ward from the rest of the studio. That required taking a step back and looking at Ward not simply as an animator, but as an artist first and foremost. 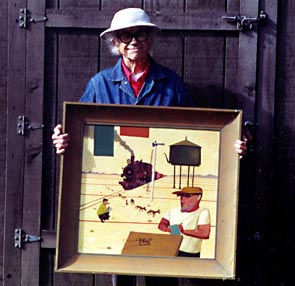 DG: Did you get collaboration from the family and did you get access to the famous Kimball diaries?

AA: This book would not have been possible without the Kimball family's cooperation. When Ward died in 2002, I kept in touch with the family. Whenever I saw Ward's son, John, around town, I'd casually mention that I wanted to write a book about Ward. After "Cartoon Modern" was published in 2006, I was looking for another project and decided that the time was right to pursue this bio. That's when I approached the Kimball family with the idea for the book. They made his entire personal archive available to me—a sizable collection of art, documents and photographs. Ward's wife, Betty, was a huge help and she filled in many of the details. The legendary Kimball diaries were off-limits initially, but a couple years into the project, I became the first historian who was allowed access to those. I'm grateful for that because it enhanced my understanding of Ward's work tremendously and allowed me to tell the complete story of his life. 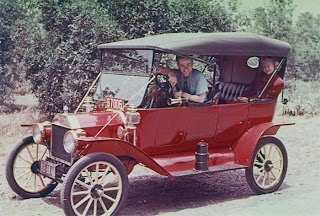 DG: Could you give us some information about the content of the diaries?

AA: Ward’s Disney-era journals comprise three bound volumes totaling nearly 1,400 pages. He kept them between September 1939, and the end of 1948. (He skipped the year 1945, and there are extended gaps in some of the other years.) The diaries are interesting both for what they contain and for what they don't. There are many things Ward hints at, but doesn't follow up on. Clearly, they were personal notes intended to help him remember events in his life, not some grand statement on his philosophies or art. Having said that, they contained invaluable nuggets of information that shed light on life at the Disney studio in the 1940s. His account of the Disney studio strike of 1941 is fascinating and will hopefully be made available someday for the sake of animation history. Ward's entries about the strike give a real sense of the stakes, both for the artists on the inside and outside. 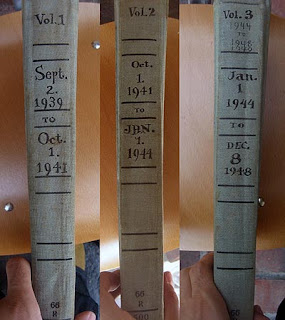 DG: How long is the book and what are the highlights?

AA: The book is comprised of eleven chapters spread over 240 pages. There's a lot of ground to cover, and I had to convince my editor to add more pages on two separate occasions. For me personally, the biggest highlight is simply that this is not your typical animation history book. Anybody who works in a big animation studio will empathize with Ward's story and appreciate how ferociously he fought to preserve his personal voice while working at Disney. He was loyal to a fault to Walt, yet he was anything but a company man, and that tension drives much of the work he produced as an artist.

DG: What are the key discoveries you made while conducting your research?

AA: I never knew how close the relationship was between T. Hee and Ward. They were great friends, and Hee was the one who pushed him toward a more design-oriented approach to drawing long before Ward directed "Melody" and "Toot Whistle Plunk and Boom." Ward's relationship with Fred Moore was also intriguing, and evolved in directions I never anticipated when I first started working on the book.

I was perhaps most surprised by the creative struggle involved in the work that he created. When we look at the classic characters and sequences that Ward animated, we assume he arrived at work every day, sat down at his desk, and pumped out beautiful animation. In reality, there was immense external and internal pressure weighing down on him during almost every production. For example, he struggled to get a handle on Jiminy Cricket in "Pinocchio" until there was barely any production time left, had a nervous breakdown while working on the crows in "Dumbo," and had to redo a significant amount of the animation in the Mad Tea Party sequence of “Alice in Wonderland” due to creative conflicts with Walt. There was so much upheaval and creative conflict during the production of "Pecos Bill" that it's amazing it turned out as well as it did.

The book will hopefully dispel the one-dimensional picture of Ward as a zany prankster who provided comic relief for others at the studio. He was an amusing figure to be sure, but he was also one of the smartest and savviest people who worked at the company. Ward pushed himself harder than anybody, and pursued an idea until he had realized its creative potential. A great example of this is his music career. The Firehouse Five Plus Two took off in the late-1940s, but it was hardly an overnight success. Ward had worked the better part of a decade prior to that learning how to lead a band and developing his voice as a musician.

And speaking of the Firehouse Five Plus Two, I was surprised by how popular the band was during the 1950s. From our modern-day perspective, they often appear like some kind of fringe musical novelty group. But when they exploded onto the scene in 1950, they were a national sensation and received massive media exposure. They were a household name for the rest of the decade and well into the Sixties. For much of the 1950s and '60s, Ward was better known by the general public for his music than his work at Disney.

DG: What are the most interesting visual documents we will discover in the book?

AA: There's literally hundreds of images in the book, most never-before-published, and each I hope will reveal something new about Ward or his work. There's tons of personal drawings, paintings, gag drawings, and photos, along with rare pieces like his retirement notice to the studio in 1973, a hilarious two-page letter that Walt Kelly wrote to him which illustrates their warm relationship better than anything I could write, examples of Ward's animation thumbnails, and rare images from the WWII-era USO camp shows that contained the seeds of the Firehouse Five Plus Two.
Posted by Didier Ghez at 12:02 AM

Can't wait to read this. Would be nice to start seeing individual biographies of artists her helped Walt realize his dream and who themselves became very accomplished in the process.

This is happening. Next one up is the biography of Art Babbitt by Jake Friedman.

I will definitely be buying this book!

Hopefully you found some of Ward's Train Collector's Association Quarterly illustrations and photos. While not always his most creative work, he did some interesting things for such a "straight" subject.

Just put this on my wish list. I'll pre-order it soon. In retrospect I always find it funny that I knew about Ward & Betty Kimball (though I never met them) via "Trains Magazine." I was a huge steam locomotive fan as a kid and somewhere I have a article that Trains did about them sometime in the late 1970's.

Brian O. and everyone interested: Regarding the Emma Nevada locomotive, Ward did a drawing of that, that hangs inside the Emma Nevada House in Nevada City, California. The house was built by her father and is now a bed and breakfast.