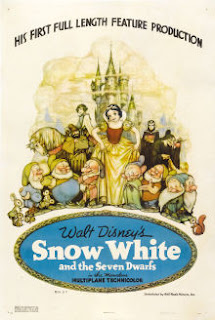 Are you all looking forward to the long awaited book by JB Kaufman about Snow White? Then I have not one but two good news. The book is ready and will be released in October. But there is not just one book, but two. The in-depth study of the making of Snow White and a catalog of a major exhibition which will take place at the Disney Family Museum. Both volumes are written by JB. They are now available for pre-order on Amazon (thanks to David Peake for the heads up):