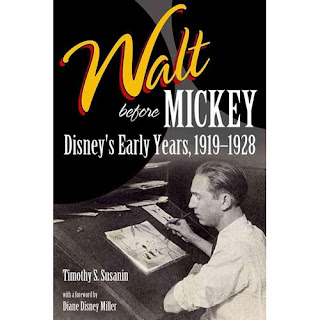 This has become a tradition. Here are the Disney history books I consider as the best ones of the year. The competition was really tough in 2011, which is excellent news.

I agrre with all of these, but with all due respect Didier, Walt's People volume 11 should be up there too. One day they will all prove to be a very important addition to the Disney bibliography . . . . they already are, I guess even more important as Walt the man drifts further from collective memory.

Thanks for the kind words Mark. For obvious reasons I never include WP in the list :-)

Hi Didier - i thought the Walt Disney Animation Studios The Archive Series: Layout & Background book was one of the best books ever - incredible pics in this book - a must for any animation student - you are on my list to view your blog every morning -i really appreciate all of your efforts - thank you - vinny.