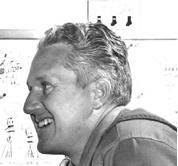 [There is a "lost" book written and illustrated by Disney legendary animator and director Jack Kinney in the late Seventies It was roughly 135 (xeroxed) pages and done for the Institute for Career and Vocational Training in Culver City, California (Executive director at the time was Ira Englander). The cover was done by Jack Kinney and proclaimed that the the title was "Learn Animation: It's Your Move". However, the title page claims the manual is actually entitled "Animation: A Piece of Paper And A Pencil and You" by Jack Kinney. There is no copyright anywhere in the book.

It terms of a manual of how to do animation, it is hopelessly outdated and its long glossary of animation terms seems as relevant as describing the parts of a buggy whip. In terms of the history of animation, there are no anecdotes or references that would help connect the dots. This is a straight forward basic "how to animate" book with no stories. While the book does xerox off examples of certain artists like Heinrich Kley and some badly washed out photos, the real treasure in the book are the previously unpublished drawings by Kinney himself. Just like the more famous Preston Blair book, there are pages and pages and pages of Kinney showing how to do character construction, expressions, lip sync, gags, and more. For a true Kinney fan, the joy is that occasionally he will include a sketch hidden in with dozens of other sketches of Mickey Mouse or Popeye or even Disney storyman Roy Williams to illustrate his point. Those drawings by Kinney are probably the only reason for a Disney fan or animation fan to try to track down a copy. ]
Posted by Didier Ghez at 11:52 PM