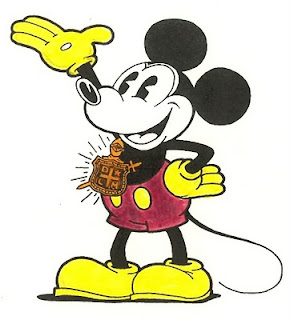 Since Jim Korkis made us aware of their existence in an article he released many years ago under the Wade Samspon nom de plume, Paul F. Anderson, David Gerstein and I have been desperatly trying to locate the Disney comic strips created by Disney artist Fred Spencer for The DeMolay Cordon newsletter.

Paul has now stumbled upon 5 of the strips and has started to post them at his blog.

I believe I may have located a library in New York that holds a complete run of those strips and I think that David Gerstein will soon go and check in person whether I am right or wrong.

I have to admit that the number of previously unknown Disney-history-related documents we have unearthed in the past few years never ceases to amaze me.