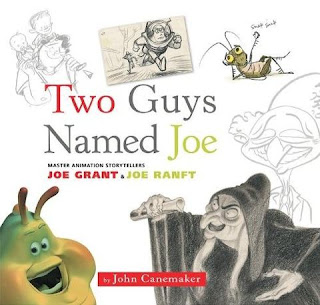 Happy New Year to you all.

As always, let's start 2011 with the best of the previous year. Here is my selection of the best Disney history books of 2010. I have to admit that I had difficulty ranking the first three. I believe they could each be at the top of the list. Once again 2010 proved to be an excellent year in terms of Disney publications, be they serious studies about a specific subject, memoirs or art books.

Thankfully 2011 looks very promising too in that respect.

7. Armstrong, Jennifer: Why? Because We Still Like You: An Oral History of the Mickey Mouse Club published by Grand Central Publishing; 2010.
Posted by Didier Ghez at 10:39 PM

I agree with George...

Didier, We are proud to have made your list at #2! Have a terrific new year!