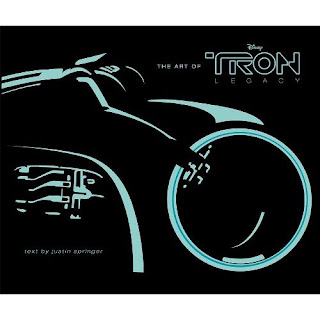 Is this really Disney "history"? Not sure. This being said as I mentioned a few weeks ago I feel a certain sense of nostalgy when it come to Tron. Not a great movie but definitely a fascinating one.

Which I why I have really been looking forward to Tron:Legacy and why I hope that movie will have a great script. In the meantime I like the way Disney is promoting it at the moment and really appreciate the books they have released to do so. The idea of writting a "middle-quel" in comic book form is a good one and while I find the art of that comic-book way too childish the concept is appealling enough to mention on this blog (I also like the idea of the Digicomics created around Epic Mickey - those are all ideas that sound very Disney to me instead of re-hash of things we have seen done a million times in the past).

When it comes to the "making of" book, since I am first and foremost a "reader" I was disapointed by the amount of text it contains (way too little), but I liked the artwork and the way it was presented overall.

Those two books are not must-have for any of us I believe but I feel they deserved to be mentioned here. 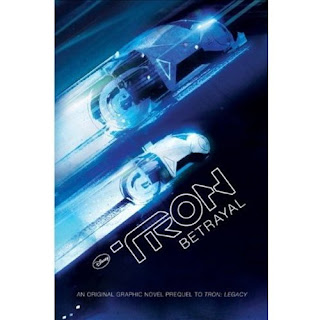