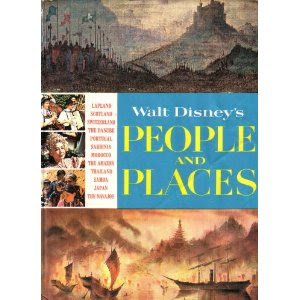 While checking Amazon last week, I had the pleasure of stumbling unto a book whose title sounded very promising. Having interviewed its author, Bowdoin Van Riper, I now have the feeling that Learning from Mickey, Donald and Walt: Essays on Disney's Edutainment Films will be the first book not written by a "Disney historian" that I will actually thoroughly enjoy.


Didier Ghez: Could you tell us a bit more about this book?

Bowdoin Van Riper: The book is a broad, comprehensive look at film and television projects where Disney tried to educate and entertain audiences simultaneously. It has 16 substantive chapters by 14 different authors, each focusing on a different category of edutainment films. It purposely takes a very broad and inclusive view of "edutainment:" one that includes things like the "True-Life Adventures" and the "Man in Space" trilogy, but also WWII propaganda and training films, classroom films, IMAX and Circarama "event" films, and films designed to tell inspiring stories about real historical figures (from Francis Marion in The Swamp Fox through John Wesley Powell in Ten Who Dared to the 1980 US Olympic ice hockey team in Miracle). Collectively, the essays show that these projects served -- during Walt's lifetime -- as a vehicle not only for educating audiences, but for promoting his distinct view of American history, culture, and values.

Many of the articles in the book cover Disney projects that have never received scholarly attention before. Leaning from Mickey, Donald, and Walt includes, for example, the first serious study of the shorts that Disney made for the National Film Board of Canada on the eve of US involvement in WWII, the first careful look at the True-Life Fantasies (Perri, Flash the Teenage Otter, Yellowstone Cubs) as distinct from the True-Life Adventures, the first in-depth analysis of Disney's association with the Army Air Force in WWII, and the first look at Disney's USA in Circarama (made for the Brussels World's Fair and later shown at Disneyland).

The article that, I believe, may excite Disney fans more than any other is Cynthia Miller's study of the "People and Places" series of travel/geography shorts made in the 1950s as a parallel to the "True-Life Adventures" series. Most hardcore Disney fans know of these films, but no book on Disney Studios (that I'm aware of) does more than mention their existence. The article in Learning from Mickey, Donald, and Walt will take readers deep inside the series . . . discussing how Disney, at the height of the 1950s, introduced middle class Americans to "exotic cultures" from Scotland to Samoa and turned the world into a kind of virtual theme park.

I conceived this book, in late 2006, as a "Disney book" written by people who were experts in the relevant subject matter, but not (primarily) Disney specialists. The final line-up of contributors reflects that: Cynthia Miller ("People and Places") is an anthropologist; Ronald Tobias ("True-Life Fantasies") is a natural history filmmaker; Marianne Holdzkom ("Disney and American History") is a historian of the Revolutionary War and Early Republic eras; Bernice Nuhfer-Halten ("Disney's Latin America") is a scholar of Latin American literature and culture; Doug Cunningham ("WWII Training Films") is a US Air Force officer; as for me ("Science and Technology on Disneyland" and "Disney and the Automobile"), I'm a historian of science and technology. The remaining contributors are scholars of film and cultural studies -- a mixture of veterans (Eddy von Mueller, Martin Norden, Sarah Nilsen, and Richard Leskosky, ) and newcomers (Katharina Bonzel, Bella Hoeness Roe, Bob Cruz, Jr.).


DG: Was any original research conducted to write the essays?

BVR: I'm not entirely sure what you mean by "original research," but all of the essays are written from a deep, intimate familiarity with the films being discussed. Cynthia Miller, for example, spent a two-day marathon in the viewing room at the Library of Congress, watching all the "People and Places" films. Doug Cunningham and Sarah Nilsen dug into archival records to trace Disney's involvement with the U. S. government during WWII and the Cold War, and Richard Leskosky's essay on the WWII propaganda shorts includes a tour-de-force analysis and taxonomy of the visual techniques they used. Even well-read Disney fans will, I think, find that Learning from Mickey, Donald, and Walt is a long way from the "same old, same old," and brings a wealth of new information, fresh insights, and forgotten films to the table.

I've attached the table of contents (the lineup remains unchanged, but the titles may have been edited slightly since I sent it to the publisher -- I haven't seen the proofs yet), but there's one last thing I wanted to make sure I said:

Right from the beginning, I knew I wanted this to be a book that would be rigorous and scholarly, but not feel scholarly . . . I wanted serious Disney fans (or film fans) to be able to read it for pleasure, too. I wanted it to have footnotes and bibliographies and serious ideas, but to be written in clear, jargon-free language (and I parted ways with one publisher over that before approaching McFarland). I'm happy to say, I think the book succeeded in that . . . and that anybody interested in Disney would feel welcome in its pages.

[Introduction by A. Bowdoin Van Riper

Section I: War and Propaganda

“Nature is the Dramatist:” Documentary, Entertainment, and the World According to The True-Life Adventures by Eddy von Mueller
Sex, Love, and Death: Disney’s True-Life Fantasies by Ronald Tobias
It Is A Small World After All: Earth and the Disneyfication of Planet Earth by Eddy von Mueller

A Past to Make Us Proud: U. S. History According to Disney by Marianne Holdzkom
Reviving the American Dream: Disney’s World of Sports by Katharina Bonzel
Beyond the Ratoncito: Disney’s Idea of Latin America by Bernice Nuhfer-Halten
Locating the Magic Kingdom: Spectacle and Similarity in Disney’s People and Places by Cynthia J. Miller
America’s Salesman: Walt Disney’s USA in Circarama by Sarah Nilsen]
Posted by Didier Ghez at 10:20 PM