When Albert Camus worked for Disney 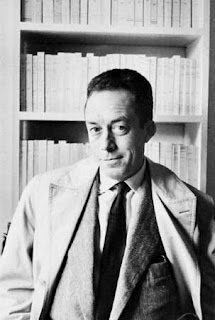 We all know that Dali and Aldous Huxley each worked for Disney, but did you realize that quite a few of the most famous French writers of the '50s also worked for the Company, including Albert Camus himself?


This strange event took place in 1954, thanks to the head of the Disney Company for Europe at the time, Armand Bigle. Bigle had been part of the French Resistance and his network of contacts included the top politicians, artists and writers. When he decided to launch a series of prestigious books about the True-Life Adventures, he knew that he had to start with a bang. He therefore asked all of the top French writers from the '50s to contribute to the first volume in the series, Désert Vivant (Living Desert). 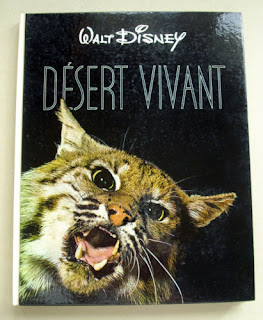 The book (not to be confused with a smaller volume released in France a year later) contains texts by Albert Camus, Marcel Aymé, François Mauriac, André Maurois, and Henri de Montherlant! The equivalent in a US context would be a Disney book containing texts especially written for the occasion by Steinbeck, Dos Passos, Hemingway, and Faulkner.

Bigle later on also got the author of The Planet of the Apes and The Bridge of the River Kwai, Pierre Boulle, to write a book about Le Siam (Thailand) for the People and Places series.
Posted by Didier Ghez at 12:57 AM