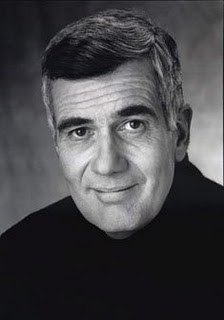 I had the pleasure of conducting this short interview with John Canemaker by email recently about his upcoming book, Two Guys Named Joe: Master Animation Storytellers Joe Grant and Joe Ranft, and thought you would enjoy it.

Didier Ghez Why did you decide to work on that book? Can you run us through the genesis of that project?

John Canemaker: Three years ago I had lunch with Wendy Lefkon, my editor at Disney Editions. We had worked together on my books Walt Disney’s Nine Old Men, The Art and Flair of Mary Blair, and Paper Dreams. I commented that two friends of mine Joe Grant and Joe Ranft, who were great, indeed legendary, story artists of different eras and ages, died in the same year, in 2005. I noted that their combined careers and profound contributions to important films, such as SNOW WHITE and DUMBO, TOY STORY, NIGHTMARE BEFORE CHRISTMAS, among many others, and their influence on their colleagues can be seen as an overview of the history of storytelling at both the Disney and Pixar studios. I suggested to Wendy a book about “these two guys, both named Joe” and she sparked to the idea immediately and that was that. Or, as Mrs. Oskar Fischinger used to say, “It was it!”

JC: Joe Grant’s pre-Disney artwork was exciting to discover. The book’s researcher, Joseph Kennedy (another Joe) found a treasure trove for me in the LA Public Library of the wonderfully clever cartoons Grant drew, starting with his first true caricature in 1929, for the LA Record newspaper. Joe Kennedy also unearthed (on microfilm) earlier drawings from 1928, which Joe Grant drew in an ultra-realistic style that emulated the drawings of his father, who was a superb illustrator and Hearst art director named George A. Grant.
Like a magician with numerous tricks up his sleeve, Joe Grant had several drawing styles throughout his career. I love the simple, exceedingly charming line drawings he used in the original 1939 sketches for his family’s springer spaniel, artwork that led sixteen years later to the famous canine Lady. There were also his brilliant, witty idea sketches for BEAUTY AND THE BEAST and THE LION KING when he returned to the Disney studio after a 40-year absence.
For Joe Ranft, we catch a good look at his quirky dark side in hilariously funny, often macabre and sometimes bawdy sketches made during intense production periods to release tension in himself and his colleagues. My book is profusely illustrated (as usual) with many drawings and photos. I try to find imagery that is unusual and rare. I create books that I would like to buy!

DG: To write this book, did you conduct a whole new set of interviews with Disney artists?

JC: I think readers will find revelatory the information I discovered about the personal lives of both of these creative men. Joe Grant’s family history and his little known early life before joining Disney is fascinating.
Joe Ranft’s personal story is very moving. Particularly, his struggle toward bettering himself as a person, and his positive, charitable approach to life and his fellow human beings.

JC: There are thirteen chapters for each Joe. I don’t want to give away too much, but four of Joe Ranft’s chapter titles include:
“Joe! Put in the Teeth!”
“Spitting at Nuns”
“Disney Daze and That Big Crazy Kid”
“Trust the Process”

Joe Grant’s chapters include:
“Kewpies, Caskets and Shoes”
“Art Director of Myself”
“Of Wren and Witches”
“Master of the Big Idea”

JC: There are two large page foldouts for each section.
The Joe Ranft foldout is his great storyboard for the Green Army Men sequence in TOY STORY. The Joe Grant foldout is beautiful storyboards for couple of sequences from DUMBO, which I don’t believe have been published before. Grant didn’t draw these boards, but he and Richard Huemer wrote a detailed first screen treatment for the film and Grant’s Character Model Department was intimately involved in the development of the story and characters, along with artists from outside his department.

DG: What other Disney-related projects are you currently working on?

No Disney writing projects at this time.
I appear on the upcoming Disney Home Entertainment DVDs for DUMBO, FANTASIA, DESTINO (which may be part of the FANTASIA dvd), and WALT AND EL GRUPO.
I will be lecturing on the two Joes and autographing my book at the Walt Disney Family Museum in San Francisco’s Presidio on August 13 and 14. Seating is limited, so interested animation fans in the area should book now at this link.
On October 1, I will lecture on the two Joes at the Museum of Modern Art in New York and also sign books.
Posted by Didier Ghez at 5:36 AM

It looks like a fantastic read and one that every Disney and animation enthusiast should own!

Tell John thanks from me!

Anyone caught the new "Mousecatraz: the Disney College Program?" http://www.amazon.com/Mousecatraz-College-Program-Wesley-Jones/dp/0578058138/ref=pd_rhf_p_img_2