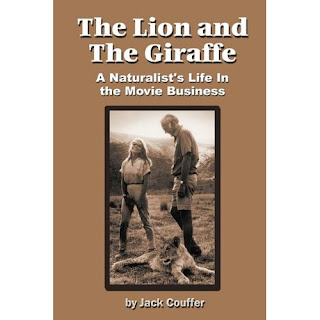 Here is a book I discovered yesterday on Amazon and that I can't wait to read. The Lion and the Giraffe is the autobiography of Jack Couffer.

Among other things, "with his mixed abilities as a naturalist and film maker, Jack joined Walt Disney Studios as a cameraman on the early True Life Adventures. He worked at Disney for more than ten years in a variety of functions--writer, director, producer, cameraman--and participated there in the making of more than two dozen movies."
Not sure yet how much in the book is about that part of Couffer's career but I have a feeling that whatever the answer is this should be a great read.
Posted by Didier Ghez at 1:07 AM