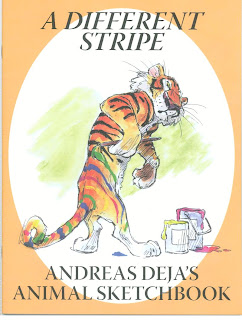 I had the pleasure of meeting Andreas Deja this past Friday (along with John Musker and Ron Clements) and to attend the Spanish Premiere of The Princess and the Frog later on that day. Andreas was kind enough to bring me the sketchbook that Stuart Ng released a few weeks ago. I have always loved Andreas' art and this sketchbook is no exception. Andreas does not hide the fact that his sketches are very much influenced by Heinrich Kley and T.S. Sullivant. Which made me stumble on Amazon yesterday upon an upcoming book about T.S. Sullivant named The Antic Cartoon Art of T.S. Sullivant. Can't wait to get that one. 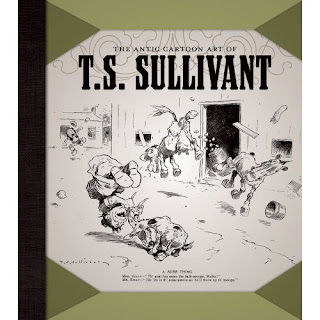 By the way, if you speak French and want to know a bit more about Andreas, this article might prove to be a good read.

As for The Princess and the Frog, the movie is definitely worth seeing but I still can't figure how much I enjoyed it. I know I disliked the heavy-handed "message," as well as Randy Newman's songs... and the fact that I saw the movie dubbed in Spanish did not help. But I also enjoyed tremendously the characters of Dr. Facilier (and all the scenes in which he stars), Mama Odie and Louis, as well as all of the second part of the movie. I also loved all the inside jokes, with "The Firefly Five Plus Lou" at the top of the list. I believe I will have to see it again in English to understand my feelings better.
Posted by Didier Ghez at 1:19 PM