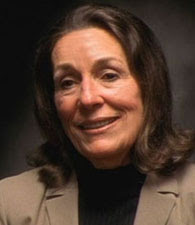 Disney Historian Jim Korkis has been communicating with Diane Disney Miller for a few years and every now and then, she shares a wonderful story that doesn't fit into an article or project that Jim is working on at the moment. Just this last week, Diane shared one of those stories about her father, Walt Disney, and we thought it might be nice to share with the rest of you since it gives another little insight into the life of Walt. It is not an earthshattering revelation but just an interesting glimpse into the private home life of Walt.

Here is what Diane wrote to Jim: "There's another incident in dad's life that's never talked about, but that reveals a lot about his nature. One summer ... maybe 1944, because Sharon would have been at least 7, and I could have been 10 going on 11. He built a trail around the the hillside of our "canyon", the lower part of the lot at 4053 Woking Way. The canyon was landscaped, with flagstone steps descending to the bottom, where the badminton court was, and the screen-enclosed shed with the lifesize wooden horse from which he would have practiced polo shots. This was always locked, in my memory, and we were forbidden entry because of the threat of black widow spiders that, indeed, probably lurked within. I really wanted to be able to climb up on that horse and pretend it was a real one.

"Anyway, he decided to build this trail ... he called it the 'Burma Trail', which should help date it. He labored energetically all summer on weekends. He had Sharon enlisted to bring him root beers at intervals to keep him going. He was drenched in sweat and dirt at the end of the days. There was absolutely no need for this trail. He just wanted to do it. He relished the hard work. He would have been in his early 40's then. I don't know if this has ever been mentioned, and I'm the last person alive who would know about it, and, though it is not an important thing , everything he's ever done is brought up, examined, discussed, and all kind of conclusions drawn. about it. Looking at it historically in his life, it was the post-war period .. He craved intense physical activity, as most of us do. He was home-centered. As he labored on the hillside on the construction of this trail he was concentrating on the job, the placement of each board to support the trail ..each shovel full of earth .. and, at the end of the day, exhausted but satisfied with his day's work, he'd shower and join his family for dinner .. perhaps the scotch mist with mother on the terrace. What was I doing? Swimming, reading, playing the piano .. but I wasn't too curious about the progression of the trail project. I did use it, though."

Jim adds: [When you print Diane's story you may want to include this link that reprints the first of eight installments of Diane and Pete Martin writing about Walt Disney. The eight installments were later gathered together and re-edited and released as the first Walt biography.]
Posted by Didier Ghez at 1:05 AM

I'm just reading Neal Gabler's Walt Disney biography and it does have this story. Of course in there it's shorter and less detailed.

please i am trying to find some info. about a coin that was given to me by a very old friend who used to work for disney. i was told it was a coin given to him on opening day of disney in 1971. i have exausted all paths and have came up empty. any Help would be great!!!!thanks. awayneparnell@comcast.net