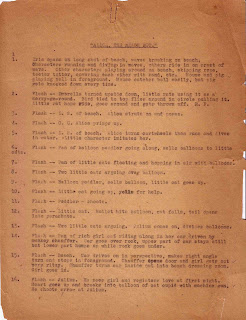 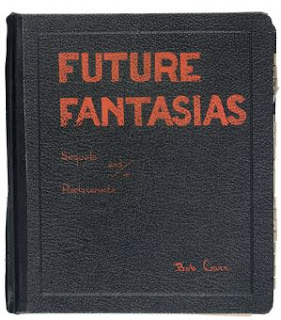 There are days I wish I were rich and there are days I REALLY wished I were very rich. Today is one of those days as Christie's will auction in London on November 24 two exceptional documents from the collection of my friend Philippe Videcoq.
The first one is an original 3-page outline of Alice the Beach Nut, one of the lost Alice Comedies (see the first page above).
The second one is an astonishing 191-page long "book" prepared by Bob Carr in the early October 1940 to summarize for Walt possible ideas for future Fantasia sequences. You will find below part of the table of contents.
Here is the description on the site of Christie's:
[A black folder titled in red Future Fantasias, Sequels and or Replacements, Bob Carr, containing 191p. mimeograph typescript, opening page on Walt Disney Productions, Inter-Office Communication headed stationairy to Mr WALT, From Mr. Bob Carr dated October 23, 1940 the memo opens Please don't let the index tabs discourage you. This is not another ponderous research report. Instead, it is a menagerie of live production ideas -- very many of them your own ideas -- which i have carefully written down as fast as you told them to me, and often developed them along the lines you wanted...Between these two covers, the essential musical information from the whole studio's files has been condensed, and clarified for quck easy reference...to arm you with a useful Field manual for your trip East... Here you will find all sorts and species of possible answers to the question: "After Fantasia -- What?", signed in green coloured pencil Bob; two indicies Index By Composers and Index By Titles featuring selected musical compositions, serveys, research, development and production notes for future projects; Deems Taylor dialoge scripts with recording dates; a nine page typscript of minutes of a Story Meeting, Future Concert Feature dated Tuesday, May 14, 1940 Walt Disney, Leopold Stokowski, Bob Carr and Joe Grant listed attendies.] 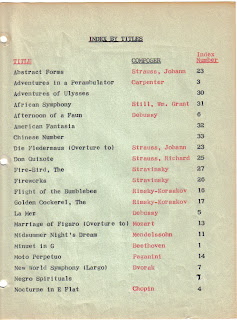 The Fantasia book is something I wish the Walt Disney Family Museum would try and win.