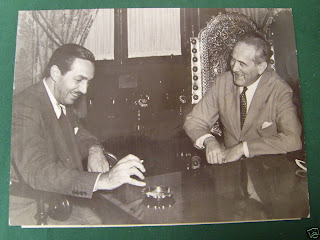 Those two photos are being sold on ebay at the moment with the following captions:

[Walt Disney meets with Brazil’s minister of foreign affairs. (above) A round table broadcast during Disney’s visit to Buenos Aires (below).]

By the way, do not forget that JB Kaufman's exceptional book South of the Border with Disney: Walt Disney and the Good Neighbor Program 1941-1948 will be released next Tuesday (October 20). 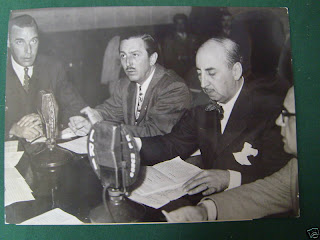