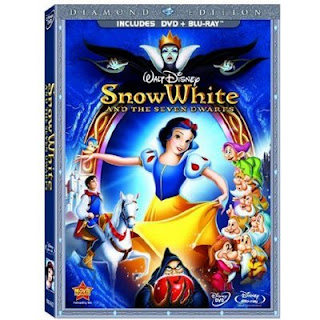 Of course you all know that yesterday marked the release of the Snow White Blu-Ray. I seldom mention DVDs and Blu-Rays on this blog, which might be a mistake. I have two good reasons to mention this release though:

1. I had the chance to be involved in the creation of the Hyperion Tour bonus feature, helping gather the audio clips that are featured in that section. Frankly I would not have mentioned this fact if I had not done a stupid mistake in the process which deserves to be underlined. One of the Disney historians who provided some great clips for the Hyperion Tour was Don Peri. Unfortunately through an absurd oversight on my part, Don's name does not appear in the credits.

So if you enjoy the clips from the interviews with Marcellite Garner, Wilfred Jackson, Ken O’Connor, Roy Williams and Eric Larson, remember that those are coming from interviews that Don conducted many years ago. 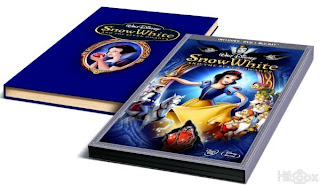 The other reason to mention this Blu-Ray / DVD release is that it confuses me no end. There are no less than 4 products to chose from and the worst part is that two of those products include a book. So can anyone tell me if the book contained in the relatively cheap Snow White and the Seven Dwarfs - Collector's Book Set is the same as the book contained in the Limited Edition Collector's Set?

Also: any idea of who wrote the book, how long it is, what it contains,...? 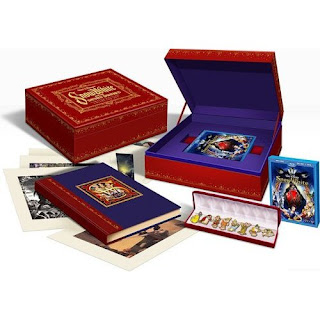 I'll give you details on the book in the big box when it arrives by Amazon's snail mail express. I have a hunch that they are the same book, but with different cover and binding, and maybe the more common blue one is a scaled down version. Which one do you have?

I am thinking of buying the cheaper version, but I will email Jeff Kurtti first to understand if your guess and mine are correct (ie: that this is the same book with a different cover).

Mine hasn't arrived yet, but I've been following this discussion. Seems it's the same book, but scaled down, something that they've done before with other video releases.

I suspected that it might be a reissue of the making of book that came with the laserdisk in 1994, but that was credited to Holiss and Sibley. Although this book will undoubtably cover similar ground.