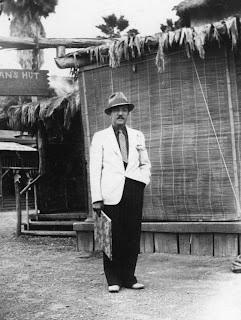 This just in through Lars Emanuelsson, who will soon post more information about his upcoming book and the subject below on his blog about Tenggren.

[I enclose an image of Gustaf taken on a combined painting and vacation trip to Catalina Island in 1936. Documents I have copies from prove that Walt Disney actually bought a landscape painting Tenggren made 1938 on one of these trips. Rumour has it there was a conflict between the two large egos of Tenggren and Walt Disney, but maybe it wasn't so deep after all?

I'm also enclosing two images that may give a hint about why Disney chose to hire Tenggren for Snow White and the Seven Dwarfs. The first one is an illustration for "Bland Tomtar och Troll" (Among Gnomes and Trolls), a Swedish fairy tale compilation from 1924. The other one is the well known illustration from "Snow White and the Seven Dwarfs" from 1938. I think it's pretty obvious where the inspiration came from. ] 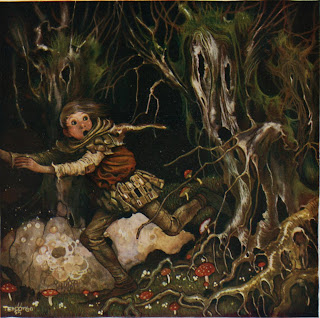 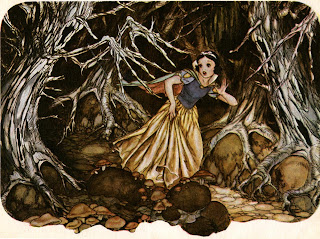 The photo of Tengrenn on Catalina is at Christian's Hut. It was a restaurant that was made from a left over building from filming the Mutiny on the Bounty. Eventually, the restaurant was relocated to Corona Del Mar and then parts of it were relocated to the Bali Hai in San Diego. For a Tiki collector, the image is rare.